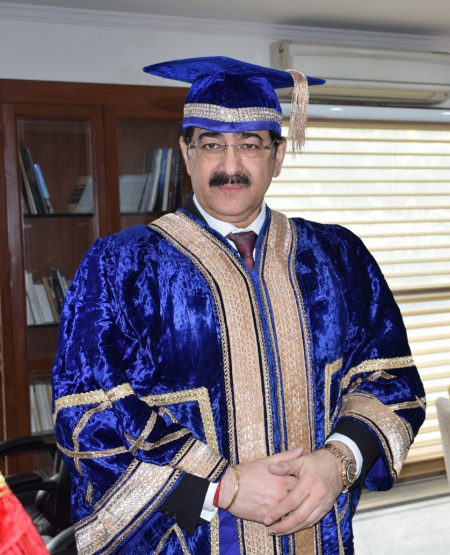 New Delhi, December 20, 2018 ( PR Submission Site ): A well known film, television and media personality and President of Marwah Studios Dr. Sandeep Marwah has been nominated as the Chancellor of AAFT University of Media And Arts by the Government of Chhattisgarh under the Governors order.

Dr. Sandeep Marwah has been in media and arts for more than 30 years. He has been titled at different occasions as Global Cultural Minister, Global Peace Ambassador, Global Management Guru, Global Leader, Global Green Ambassador, Man of Asia and International Media Guru for his untiring contribution to media and art industry.

His involvement with media and arts is immense other than as founder of Noida Film City, Marwah Studios and Asian Academy of Film And Television. He has been chairing almost 100 national and international organizations. He is the only Indian to be honored by almost 50 countries with 120 international accolades.

Dr. Sandeep Marwah with six world records has been honored recently at House of Common in British Parliament in London and Bavaria Parliament in Munich.

Dr. Sandeep Marwah is in education for 26 years and has a very vast experience in different fields and discipline related to media and arts.