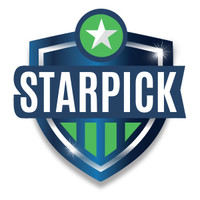 India ( PR Submission Site ) September 19, 2018  StarPick, the most comprehensive online fantasy sports platform, today announced some key predictions for the Asia Cup 2018 as StarPick’s brand ambassador and Captain of the Indian Team at the Asia Cup 2018, Rohit Sharma, shared his excitement and eagerness for the much awaited match between India and Pakistan. The 2018 Asia Cup is scheduled from September 15 to September 28, 2018, is a One Day International (ODI) cricket tournament being held in the United Arab Emirates (UAE). This is the 14th edition of the Asia Cup and will witness the participation of teams across Asia namely India, Pakistan, Afghanistan, Bangladesh, SriLanka and Hong Kong.

Speaking on the much awaited match and the excitement of fantasy sports, Rohit Sharma, Captain of the Indian Team and the brand Ambassador to StarPick, said, “Hope all our fans are  all ready for the very exciting Asia Cup! The India vs Pakistan match seems to be what everyone is waiting for. More importantly have you formed your OWN FANTASY TEAM on starpick.in for the match. There are lots of big prizes to be won so show your skill and make your best fantasy team of 11 here.”

The platform Starpick.in welcomes fans to own their teams on the platform and be a part of the excitement associated with the Asia Cup 2018. StarPick is an online destination for fantasy sports that values user knowledge and skills. Based on some key statistics, Starpick.in foresees India as the strongest team in the Asia Cup with India and SriLanka having won the cup five times in the ODI format, with Pakistan closely following the two teams. As cricket fans eagerly await the India and Pakistan match, it must be noted that India has won the highest number of matches in the India Pakistan winner ratio over the years.  With the Asia Cup, team India has the opportunity to showcase its strength in a one day format.

Speaking on the Asia Cup and StarPick’s predictions for the game, Trigam Mukherjee, co-founder and CEO, StarPick said, “While the excitement of the Asia Cup has been gripping, we look forward to the emotions, passion and intensity that will be witnessed at the much awaited India Vs Pakistan match. Both the teams come with significant achievements and global fandom. With our user base over 1 million users, we are thrilled with our journey since inception and are excited to be a leading fantasy sports platform that is instrumental in revolutionizing the sports industry. Like all other tournaments we have offered on our platform, with the Asia Cup, we are able to create multiple engagements for our fans with our sportsmen and the opportunity to create their own team and develop a deeper understanding of the game.

Speaking on the prediction system by StarPick, Jonty Rhodes, the one day International Cricketer and StarPick brand ambassador, said: “The Asia Cup with the heart gripping match between India and Pakistan is a match every cricket fan around the world will aspire to watch. I am thrilled to be working with StarPick as an expert for guiding our users towards a deeper understanding of the sport. The predictions we make and the analysis we share are a combination of logic and technical analysis. It is often a combination of player statistics with team compositions, playing conditions, team record across tournaments to name a few. So as we wish the teams and the players the very best, I do hope to see more users being a part of this system and connecting with our players for a game that counts.”

StarPick, founded in 2018, with a growing strategic team across India, UK and Sweden, is a Fantasy Sports platform, which began with IPL Season XI and is followed by Football World Cup. StarPick is registered in the United Kingdom with a subsidiary in India and the technology team in Sweden.  StarPick has some of the widest game offerings from across the world including Cricket, Kabaddi, Football, Tennis, Ice Hockey, Basketball, Formula 1, Golf, Bicycle Racing and more. This stages StarPick as the most comprehensive fantasy sports platform in the country with the leadership of globally celebrated experts and analysts. StarPick offers a seamless, exciting, and simple experience for cricket fans to enjoy their favourite sport. With years of experience in developing the most attractive fantasy league platforms, the StarPick team’s mission is to create a deeply engaging and rewarding gameplay for fans.

StarPick brand ambassador invites fans to engage on the Asia Cup on starpick.in