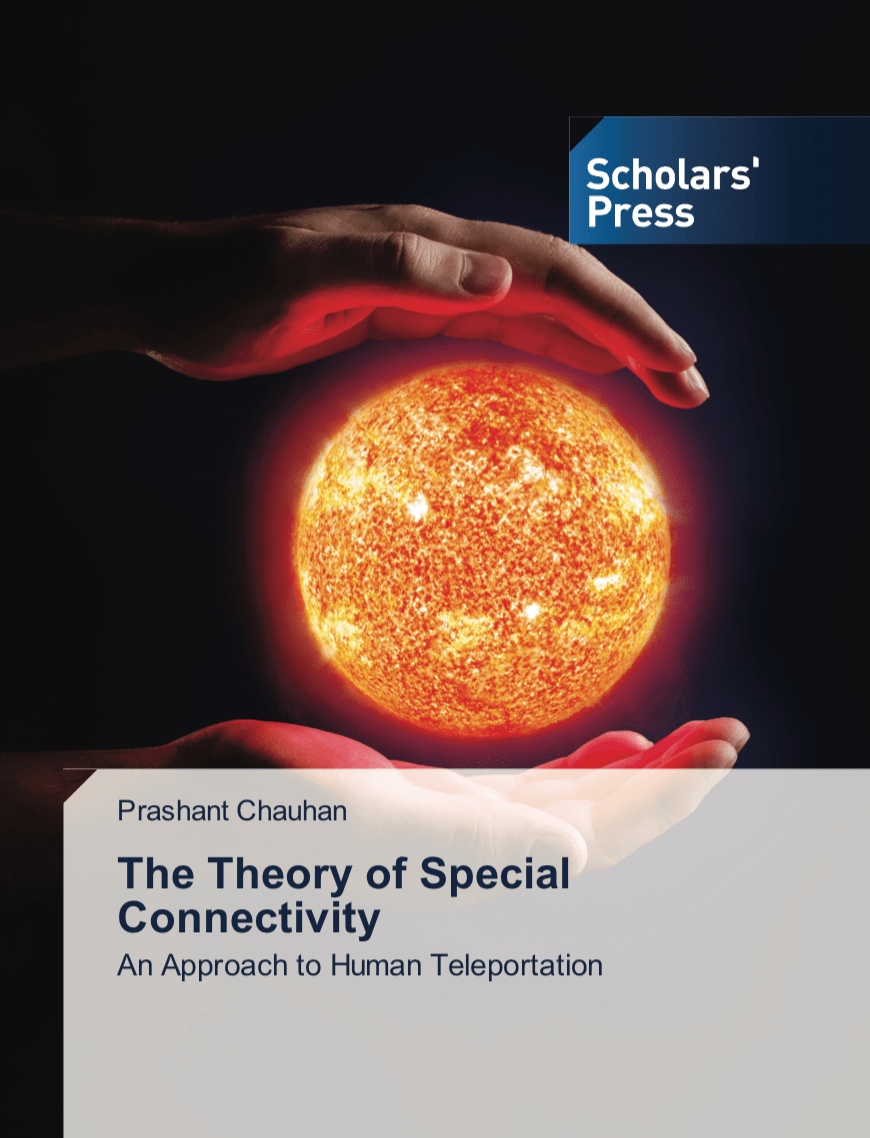 Mumbai, Maharashtra, ( PR Submission Site ) November 14, 2018:– Prashant has started with a small idea of dust with a vision to make human teleportation a reality. Since he doesn’t have a predefined road to his ambition, he needed to create one using unconventional methods. He moved on by redefining gravity in his paper titled “Kaushal and Gravity” which was published on 10 January 2018 by Journal of Physics and Astronomy. That was kicker and then he started working on wave-particle duality. He has proposed a new way of doing an old experiment whose results thrashed the duality. His findings were published on 28 March 2018 by Journal of Physics and Astronomy.

He got some more publications until a German Publisher; Scholars’ Press gave him an opportunity to write a book based on his publications. That was a great opportunity and he wanted to make the best of it. He then proposed a unified Theory of Special Connectivity which he believe will lay the foundation of human teleportation. His book is published on 23 July, 2018 and is available on various amazon and other websites. He also proposed a second version of Theory of Special Connectivity which includes a prototype for human teleportation. Currently he is looking for some funding opportunities so that he could make the impossible a possible.

Kaushal and Gravity includes a new universal constant, Kaushal Constant and using this constant definition of gravity has been redefined. This new definition is based upon gravitational waves. His paper titled “Wave-Particle Duality?” includes a new way of performing Young’s Double Slit Experiment and according to the results light is always a particle. His book titled “Theory of Special Connectivity” proposes a unified theory which is applicable to all the realms of science and technology and also explains Quantum Entanglement and many more such phenomenon whose underlying theory is either not available or inappropriate.

Prashant is a post-graduate fellow, studied Electronics and Communication Engineering from Jaypee Institute of Information Technology, India. Also, he is a Glasgow University dropout, went there for M.Sc. in Theoretical Physics. Currently working as a part of testing team of Fiat Chrysler Automobiles-Tata Consultancy Services.

Definition of gravity has been redefined and quantum physics has been experimentally proved wrong. A unified theory of special connectivity has been proposed which comprises of an underlying theory and prototype for human teleportation.