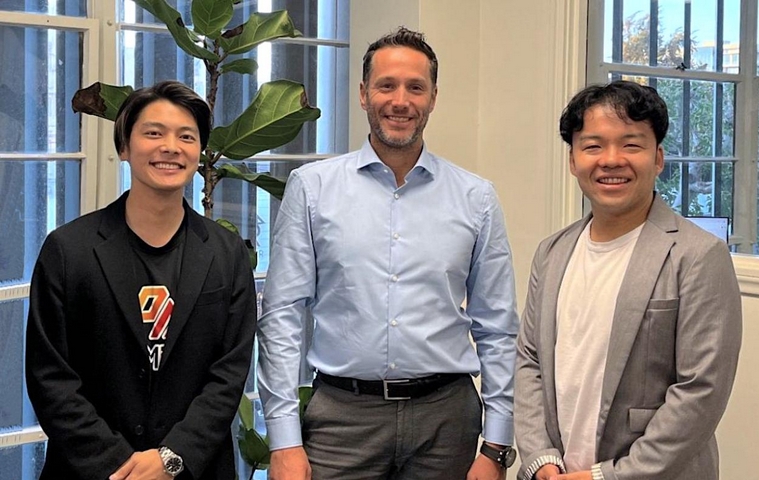 DEA is a Singapore-based global Web3 entertainment company launched in 2018. It manages intellectual property (IP) monetization for content creators and operates the PlayMining platform, which comprises a growing selection of P&E games, the PlayMining NFT marketplace, the in-development PlayMining Verse metaverse and the DEAPcoin ($DEP) token.

“LDA is pleased to support DEA with flexible growth capital as it advances its innovative approach to content monetization and P2E gaming. DEA continues to distinguish itself with its cash flow generating business model and solid user base, positioning them as market leaders,” said LDA Capital Managing Partner and co-founder Warren Baker.

“DEA is very pleased to receive funding from LDA Capital, especially in the current bear market conditions,” said DEA co-founder and co-CEO Naohito Yoshida. “We have been rapidly building out our catalog of Play-and-Earn NFT games, now enjoyed by 2.6 million users. This fresh funding will help develop our platform and drive market expansion even further, as we continue to actively form more strategic partnerships that broaden our ecosystem and to consolidate a leading position in the Web3 entertainment landscape.”

PlayMining offers a number of casual P&E games, including Job Tribes, Cookin’ Burger, Menya Dragon Ramen, Graffiti Racer and Lucky Farmer — with the last three having launched in just the last couple of months. Players can earn DEP through play, which can be spent on the platform’s marketplace to buy NFTs that enhance gameplay, or traded on crypto exchanges including OKX, Uniswap, Gate.io and Bitmart, among others.

In addition to GameFi NFTs, the PlayMining NFT market also sells artwork NFTs from some of the most popular Japanese anime and video game artists. The company has paid out over SG$9 million in royalties to both official and fan artists over the past four years, with a mission of creating a fairer distribution channel for creators.

DEA also helps independent game studios launch NFT games and monetize their IPs on the PlayMining platform. By integrating DEP in their games, game development companies are able to expand their IPs with NFT and metaverse offerings. In a bid to level the notoriously challenging creative IP playing field, PlayMining offers third-party developers much more reasonable fees than the 30% cut that the biggest distributors such as Nintendo and Apple take.

“We pride ourselves on working toward social good in all of our endeavors,” Yoshida said. “That includes helping indie studios successfully build their IPs in what has traditionally been an extremely challenging industry to grow in, as well as creating new income possibilities for those in need through P&E games. Fairness and transparency are the true spirit of Web3, concepts that DEA fully embraces.”

DEA has users from all over the world, but has an especially large stake in Japan, with DEP being the first P&E token to be officially approved by Japan’s Financial Service Agency. DEA recently entered a business alliance with TV Tokyo — a major Japanese television station — to collaborate on television content that educates the mainstream Japanese audience about Web3 technology. A separate Web3 partnership was also recently signed with Rakuten Group which will see the two companies collaborate on a number of synergies between their businesses.

LDA Capital is a global alternative investment group with expertise in complex cross-border transactions. Founded in 2018, it provides dynamic financing solutions to high-growth and capital-intensive businesses. The LDA Capital team has collectively executed over 250 transactions across the capital structure in both public and private markets across 43 countries with aggregate transaction values of over US$11 billion. For more information please visit: www.ldacap.com; For inquiries please email: info@ldacap.com

The investment will further accelerate DEA’s business and market expansion as well as help optimize the development of its Web3 entertainment platform.