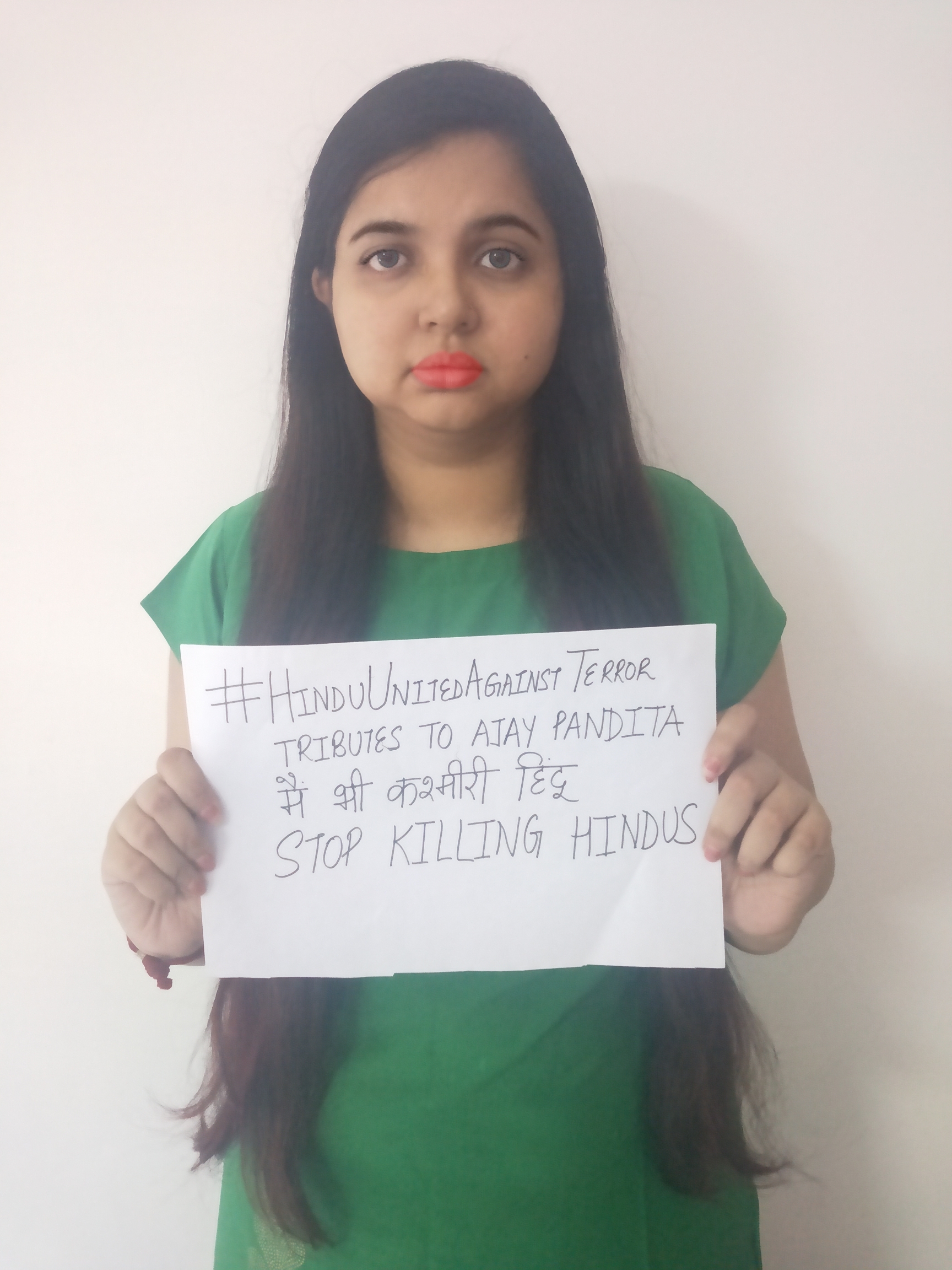 (prsubmissionsite) 14/06/20 On Sunday, thousands of Hindus living across the world organised a global protest campaign in more than 100 cities against the brutal killing of Jammu and Kashmir Sarpanch Ajay Pandita by Islamic terrorists.

BJP leader Kapil Mishra, who launched the protest, said that the campaign is aimed at highlighting the unabated killing of Hindu leaders like Ajay Pandita and Islamic extremism in Kashmir and other parts of India.

On the occasion, hundreds of Hindus took to social media to start an online campaign against the unabated killing of Hindus.

A Kashmiri Pandit Sarpanch was shot dead on Monday by terrorists in Anantnag district of Jammu and Kashmir. The Congress Sarpanch of Lokbowan Larkipora, identified as Ajay Pandita, was fired upon by the terrorists who later succumbed to his injuries at a hospital.

According to the police sources, the sarpanch had gone to work in his orchard when he was attacked by the terrorists. The area has been cordoned off soon after the shooting.

According to Kapil Mishra, these global protest has started from Auckland, New Zealand and will soon begin in Sydney, Brisbane and Perth in Australia. The movement will then start in Indonesia, Singapore, Malaysia, Thailand and the Philippines. By afternoon, the movement will reach India, Africa, Britain and other European countries.

The campaign will then move to America and Canada, Mishra said. Several cities in India will also participate in these protests on Sunday. The online protests are initiated by Kapil Mishra and supported by JKNow. The organisers have urged that all participants should protest from their homes and neighbourhoods and maintain social distancing norms during the protest. The protest will also be online on various social media platforms.

It had more than six lakhs tweets on twitter and other social medias.

On the occasion, hundreds of Hindus took to social media to start an online campaign against the unabated killing of Hindus.