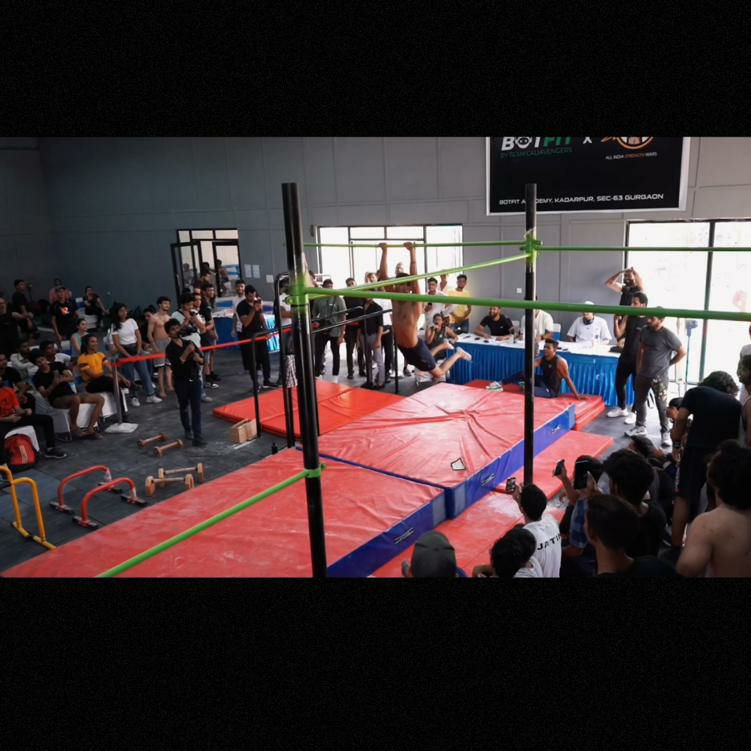 All India Strength Wars (AISW) is excited to announce its fourth season, dubbed AISW 4.0, which will take place on November 18, 19, and 20 in Mumbai. Founded by Mr. Rajan Sharma and Mr. Rohan Singh, All India Strength Wars is widely regarded as India’s largest Calisthenics and Street Workout Championship and Strength festival.

The fourth season of AISW is expected to draw a large number of international competitors and judges from all over the world. The street workout community is growing in India, and the founders hope that this event will set a standard not only for the Indian community but also for the international community.

Rajan Sharma, the Founder of AISW shares his thoughts, “Calisthenics is the next big thing in the Indian fitness community. It makes you independent, strong, and skillful. AISW is the first and the biggest platform of calisthenics and street workout (which is the competitive form of calisthenics) in India since its inception in 2018.”

“AISW 4.0 is the fourth season of the National championship where athletes across India and even other countries come to take part. Through this competition, we plan to make this sport accessible, comprehensible, and part of an average human being’s fitness lifestyle,” he adds.

The AISW 4.0 features major sponsorships from brands such as HRX and Redbull and is equally enthusiastic about bringing fitness enthusiasts and brands under one roof to create a one-of-a-kind experience. The sports event will showcase five competitive categories, including Freestyle Calisthenics, Streetlifting, Calisthenics Endurance, Tricks and Flips, and Arm Wrestling. Legendary calisthenics champions, Dejan Stipke of Serbia and Youssef Moro of France will be judging the fierce competition.

“All IN! When I say all in, I mean I’m in this for life! Dedicating my life to calisthenics and All India Strength Wars, 4.0! It’s for anyone and everyone who desires strength and aiming to stay strong! So next time when you see me roar ALL INDIA. You know what I mean,” states Rohan Singh, the Founder of All India Strength Wars.

More than 200 athletes from across the nation will compete in this event, giving brands a fantastic opportunity to present their products and services at AISW 4.0, connect with their target audience, and support the next generation of sports stars. On November 18, 19, and 20, 2022, Madh Island in Malad, Mumbai, will host the AISW 4.0.

AISW 4.0 is anticipated to be India’s largest health and fitness event, offering a venue for both fitness enthusiasts and brands looking for a similar audience.