Ukraine Position In Brussels To Strengthen 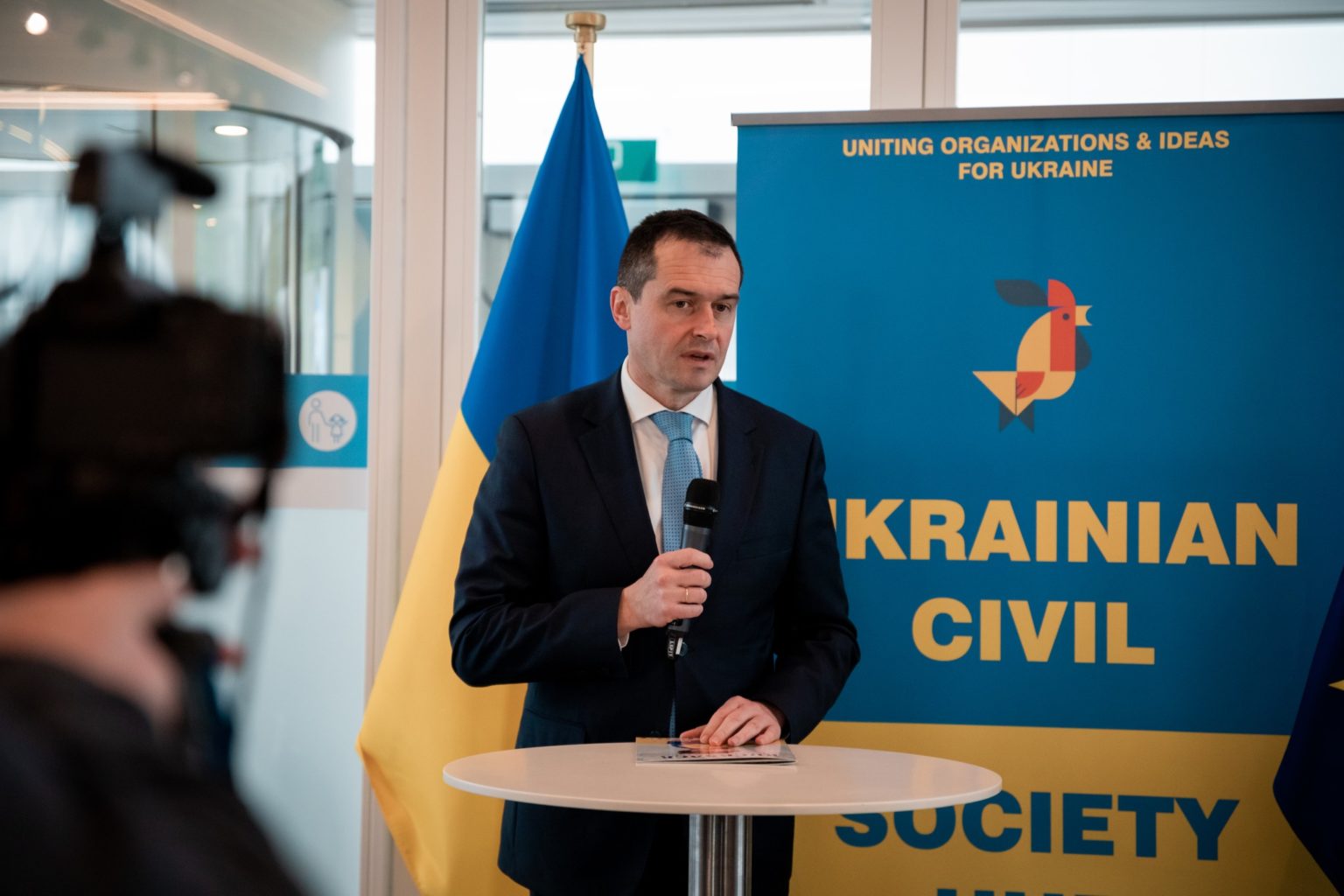 The Mission of Ukraine to the EU appears more and more often in the media as the premises’ host – Frontline Press (Brussels, Belgium) reports.

The founders of the Ukrainian Civil Society Hub are Ukrainian diplomats Natalia Melnyk and Iryna Tolkachova. Also in the registration documents, a person called Iavor Petrov (a citizen of Bulgaria) is mentioned as the administrator of UCSH. The mentioned open register reveals Ms. Melnyk’s and Ms. Tolkachova’s diplomatic passport numbers and home addresses in Brussels, and Mr. Petrov’s home address as well.

The fact that it was diplomats with valid service passports who founded the NGO is a kind of circumstantial evidence that the procedure is within the current tasks of Ukrainian MFA.

Ukrainian Foreign Ministry had not disclosed the details of the UCSH mission. But made it clear that its activities are fully within the framework of the ministry’s strategy.

“Under no circumstances could diplomatic passports be used for purposes other than those defined by the official travel documents,” Ukrainian MFA explained.

As for the founders of UCSH, it is known that its president Natalia Melnyk served as the first secretary of the Mission of Ukraine to NATO during the term of Ukraine’s ex-president Petro Poroshenko. Natalia Melnyk is known for her harsh statements against European politicians who are delaying the process of military aid to strengthen Ukraine position under the conditions of the current war.

Given Ms. Melnyk’s previous experience of close cooperation with NATO, it can be assumed that her current role is to strengthen Ukraine’s negotiating position in communication with the Alliance. After all, it is no secret that there is a strong internal political lobby in Ukraine, that believes that the negotiations on the supply of weapons to strengthen Ukraine position could progress more effectively if they were handled by people who had actually been not in the game till the moment.

Her husband, Vsevolod Chentsov, served as Ukraine’s ambassador to the Netherlands during the term of Petro Poroshenko and was involved in negotiations on the part of Ukraine regarding the international criminal trial in the case of the downed Malaysia Airlines Boeing (MH17 flight) over Ukraine in 2014. Currently, Mr. Chentsov heads the Mission of Ukraine to the EU, and he is often a speaker at public events and briefings held at UCSH.

Ukrainian Civil Society Hub vice-president Iryna Tolkacheva is known as a manager at “Inflot Cruise and Ferry Ukraine cruise company” (as stated on her personal Facebook page). Her husband Georgiy Tolkachov is a deputy head of the Mission of Ukraine to NATO and its acting head in the past.

There is almost no information about UCSH administrator Iavor Petrov. By a curious coincidence as it can be seen in the aforementioned federal open register, he is a neighbour of the Chentsov-Melnyk couple in Brussels, his house is located next to the house of a couple of Ukrainian diplomats. LinkedIn also has a profile of Iavor Petrov (Bulgarian citizen) who happens to be a top manager of the International Armored Group, a company that is one of the major arms dealers around the world. The specified Iavor Petrov lives either in the UAE or in the EU. It is not entirely clear whether this person is Iavor Petrov, who is listed in the registration documents as the administrator of the Ukrainian Civil Society Hub and lives next to the Chentsov-Melnyk diplomat couple.

Interestingly, recently Ukraine’s ex-president Petro Poroshenko said that the time of diplomacy is running out, and now the best diplomat is the Ukrainian armed forces, supported by allies.

“Please, help us save you, help us and Europe. Help us do our work together. And by giving Ukraine tanks, supporting the Ukrainian armed forces, helping Ukraine, you are investing in your own security,” urged Petro Poroshenko.

Taking into account the facts presented in this article, an additional negotiation channel between Ukraine and official Brussels with diplomats close to Petro Poroshenko playing the key role in that process seems very likely to be established. And it is quite possible to assume that their efforts will be concentrated on issues of strengthening military assistance to strengthen Ukraine position.