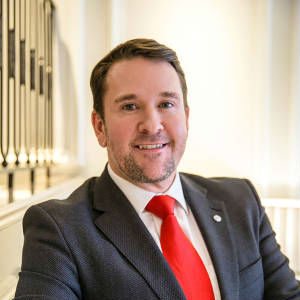 October 1, 2018  ( PR Submission Site ) Riddian Davies, currently the Group General Manager and Commercial Director of Mahogany Pvt Ltd, is a quintessential hotelier with a different perspective set on creativity and innovation. With experience in multiple areas throughout his career, he brings a well-rounded strategy and expertise on how to drive commercial and operational activities to maximise opportunities and growth.

Riddian grew up in South Africa, where he began his career in food service at hotel school. He soon changed direction towards a degree in Hotel Management from Granger Bay Swiss Hotel School. Riddian moved in 1998 to start his journey in London after achieving further qualifications in revenue management and PR. He then joined the five-star Hilton Green Park in F&B, and was the quickly promoted to Front Office and Reservations.

His following role was the rooms division manager at the five-star Jurys Clifton off Oxford Street; this was where Riddian was headhunted for Thistle Hotels Plc – UK’s largest hotel chain at the time – where he was appointed as Revenue Coordinator to implement a variety of revenue management principles and procedures as well as to conduct various hotel audits within the entire company as well. Following a few months, Riddian was promoted to the area’s revenue management role, managing over two thousand rooms in central London.

This was also when Riddian pursued his career in General Management, and he was the youngest General Manager within the company, starting off with managing three hundred and fourteen bedrooms at Heathrow Airport. This was followed by a dual role of being an area GM in central London before being asked to open Guoman’s first five-star self-serviced apartments on an eighteen-hole golf course in Denarau, Fiji. Owing to the success of his past career in opening and refurbishing hotels and resorts, he was then tasked with two refurbishment projects, a total of 750 rooms, in Kuala Lumpur, Malaysia. Upon completion, he was brought back to the UK to be the Group General Manager for several 5-star hotels in London, the Amba Charing Cross, the Grosvenor Hotel and the iconic Royal Horse Guards and One Whitehall place opposite the London Eye on the River Thames.

Within Riddian’s many successful years within GLH hotels, owned by Hong Leong in Malaysia, he was also instrumental in multi-million-pound refurbishment projects and rebranding at the seven hundred-bedroom Amba Marble Arch Hotel and the 1012-bedroom Cumberland hotel on Oxford Street. Upon concluding a short contract at the Marriot on Park Lane and 20 years in London, he changed my lifestyle and I am now currently pursuing his dreams based in the Indian Ocean and working on new openings, property developments and refurbishments at Mahogany Pvt Ltd in Maldives.

An acute financial operator, keen on the strategic value of the long game, Riddian has an enviable track record of meeting multiple objectives. However, ask any industry insider about Riddian and the first thing that will spring to mind is not meeting revenue targets or bringing projects in on time and on budget or even his ruthless focus on the service journey, but, the effortless rapport he has with both his guests and his teams. A firm believer in people being central to the success of any operation, succession planning and team development are at the heart of his strategic planning.

‘Operational process, health and safety standards, they are a given, but for me it is the extended training around the whole person that can make the real difference. For those living and working on our island paradise that extra personal development is in keeping with our family values. We hope our team will enjoy working with us and grow with the resort in the years to come, loving it and believing in it as we do.’

Riddian aims to bring in a different perspective with a passion for creativity and innovation, supported by strong commercial acumen and complimented by his knowledge of upscale markets, openings and developments. One of his key roles at Reethi Faru Resort and Reethi Beach Resort is a commercial one. He is also driven to stay at the forefront of industry developments to maximize opportunities for Mahogany Pvt. Ltd.

“Let your success be adaptable to the changing world. Take calculated, but measurable risks. Take care of your people. Treat others how you would like to be treated. Celebrate success together as a team. Always remember opportunities don’t happen, we create them. Surround yourself with good people. Aspire to become better every day. Do something you enjoy doing, and love facing every day. Lastly Believe in yourself, your success and your future, the rest will happen.”

Riddian Davies, currently the Group General Manager and Commercial Director of Mahogany Pvt Ltd, is a quintessential hotelier with a different perspective set on creativity and innovation. With experience in multiple areas throughout his career, he brings a well-rounded strategy and expertise on how to drive commercial and operational activities to maximise opportunities and growth.