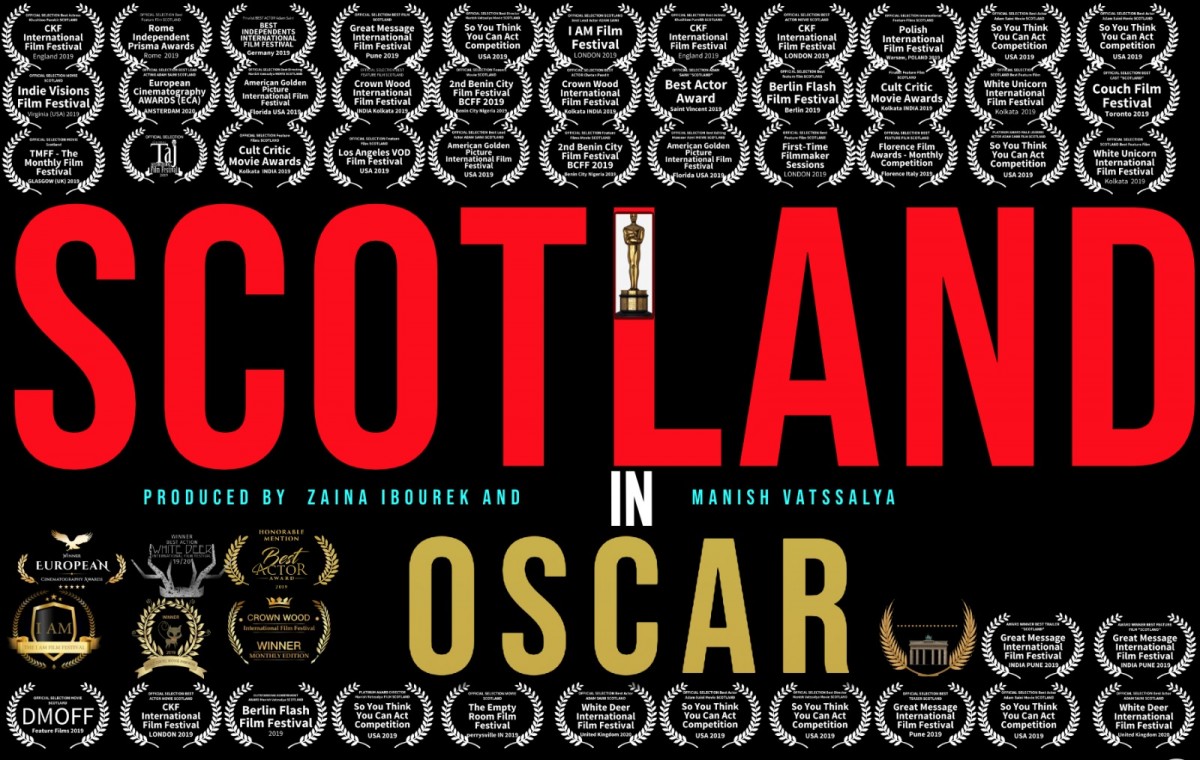 The prestigious Academy Awards, also known as the Oscars, honours the best talent in films fraternity across the globe. Indian film director Manish Vatssalya’s film “Scotland” has found a place in the Oscar contenders for 2020 in the best feature film category. Scotland is in the race as one of the Oscar contenders in most prestigious best Feature film category with other Hollywood biggies. The film is already won 62 International awards and still the counting is on.

Manish Vatssalya’s Scotland is a crime thriller. Based on some very real incidents happening in Country where girls are being raped and murdered mercilessly. This film is vigilante and it tries to search for a solution what happens if it cursed on a common family. In this film, a father of rape victim takes law and orders in his hand to justice.

Manish said he decided to take him as he meets him, the only concern was to look 60yrs old, which he did in 3 months, even I was surprised to see the transformation, Adam said he believes in method acting.

Scotland is produced by Zaina Ibourak (British Moroccan) and Manish Vatssalya under the banner of Mars UK Films Ltd & Vatssalya Films. The film Story by Adam Saini and screenplay dialogues by Piyush Priyank and edited by Mansoor Azmi.

Zaina Ibourek a British-Moroccan, she always considers herself “ an Indian by heart”, since childhood she had been dreamt of working with Indian film Industry, her dream come true.

“Its like dreams come true to be a part of such a prestigious platform like Oscars. It’s like daydreaming. I am really honoured to God, My Producer partner Zaina Ibourak and my whole team for their commendable job and support. “SCOTLAND” has been shortlisted as one of the Oscar contenders in the mainstream Best feature film category, which means it will be competing with the Hollywood biggies like Joker, The Irishman, Once upon a time in Hollywood etc. to find a space for itself on this extraordinary stage”.

movie is selected in oscar 2020 and its made india proud.