List of Best 25 Members of Parliament Announced by Marwah 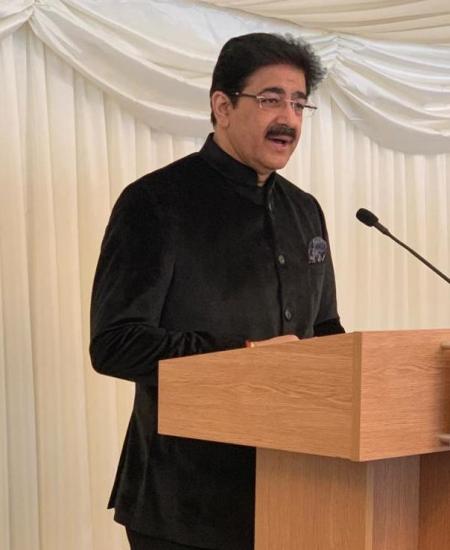 “There are 543 MPs who have won the election in the Lok Sabha. The Fame India-Asia Post Survey jointly selected 25 best MPs of the year 2018 through a survey. Several parameters were designed to finalize the list of best parliamentarians.

AAFT Founder Sandeep Marwah and Rajshree the editor of Fame India jointly informed that Fame India and Asia Post had created 25 categories to select the best MPs, to know that how loyal they are towards their responsibilities and expectations of the general public. The Analyst of the Asia Post worked on 10 major points, including popularity, involvement with the public, image, workshops, participation in the House and debate, raising questions in the interest of the public, bringing private bills for the strengthening of democracy, area accessibility, aids and easy availability to the public.

In the survey, along with the general public, public representatives and journalists were also asked questions through the Stake hold method and their opinion was taken as a basis for selection decision. Data provided by the Lok Sabha was also included for the entire selection process.

Make a note that no minister of Indian Government was a part of this survey in any manner.

In the category of unmatchable MP, Delhi’s MP Dr. Udit Raj has topped, while BJP MP from Maharashtra Kirk Premji Bhai Solanki has aced in the category of influential MPs. In the excellent MP category, Congress veteran Mallikarjun Kharge has been selected and for the most energetic MP, Maharashtra MP Supriya Sule has grabbed the top position, while Kerala MP NK Premchandran is in the most influential MP category.

Ganesh Singh, MP three times from Satna Madhya Pradesh has made his mark in the category of most popular MP while Bhadohi MP Virendra Singh Mast managed to make a prominent place in the caretaker category. In the Warriors category Maharashtra MP from Ahmednagar, Dilip Gandhi, in a dynamic category, Prahlad Patel from Madhya Pradesh, BJP MP from Mumbai, Gopal Shetty, for the MP with immense capacity and  Congress MP from Assam Sushmita Dev for the most talented MP topped the list.

Position of the Most talked about MP has been secured by Haryana’s youth MP Deepender Singh Hooda. Rajasthan MP Chandra Prakash Joshi is in the category of Kamrath MPs while Prem Das Rai, MP from Sikkim has topped the model category. In the category of responsible MP, Chhattisgarh MP Tamrampuj Sahu got first place. The power category has been aced by Santosh Ahlawat, in the successful category, Bihar MP Ranjit Ranjan received the highest number of votes, in the conscious category, Gujarat’s Member of Parliament, Punmaben Madam, topped the list. Maharashtra’s farmer leader and MP Raju Shetty top the personality area, in the magnificent category Odisha MP Ravindra Kumar Jena gets the highest score.