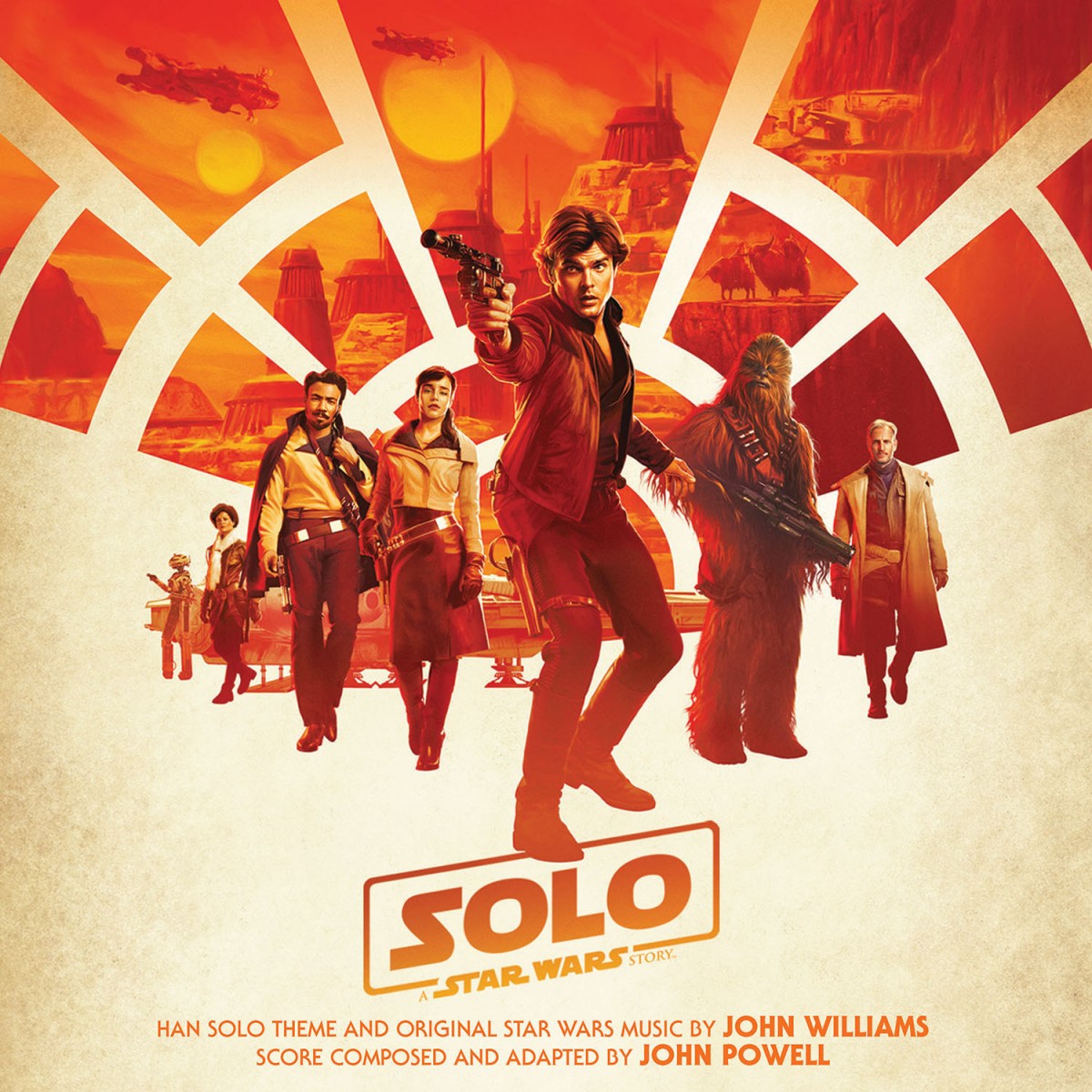 Most recently, Powell scored “Ferdinand,” as well as the “How to Train Your Dragon,” “Bourne” and “Ice Age” films.

“The Adventures of Han” theme was composed and conducted by John Williams.  This new theme for Han Solo was recorded by the Recording Arts Orchestra of Los Angeles at the Newman Scoring Stage. Williams has written the complete scores for all eight of the Star Wars saga films, beginning with 1977’s Star Wars: A New Hope for which he earned an Academy Award for Best Original Score. Most recently his score for Star Wars: The Last Jedi was nominated for an Oscar®.

Describing his approach to the Solo: A Star Wars Story score, Powell says, “There is a language that John Williams uses in the Star Wars films, and I’ve tried to live up to the quality of what he has done before by keeping form and structure within the score and following the storytelling as honestly and elegantly as possible.”

He adds, “There is a lot of thematic material from the original movies that I used that are not specific to Han. They’re specific to the Millennium Falcon, TIE fighters and the Empire. Those types of things are very useful as they’re all part of the language we know. There are lots of other characters and ideas within the film that I wrote tunes and melodies (themes) for, so it’s a mixture of new themes by me, a new theme by John Williams, and some of the old material.”

Solo: A Star Wars Story Original Motion Picture soundtrack will be available wherever music is sold and streamed on May 25.  The digital soundtrack can be streamed HERE and downloaded HERE.  The CD is now available for pre order.

About “Solo: A Star Wars Story”
Board the Millennium Falcon and journey to a galaxy far, far away in “Solo: A Star Wars Story,” an all-new adventure with the most beloved scoundrel in the galaxy. Through a series of daring escapades deep within a dark and dangerous criminal underworld, Han Solo befriends his mighty future copilot Chewbacca and meets the notorious gambler Lando Calrissian, in a journey that will set the course of one of the Star Wars saga’s most unlikely heroes.