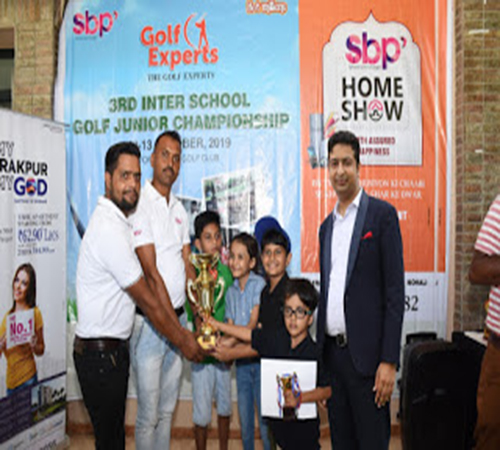 By Samachar Vishesh News
Chandigarh (prsubmissionsite) 15th October:- SBP Group and golf expert organised a two day long golf tournament at Forest Hill resort in which various renowned schools of Tricity took part. Players took part in this competition with great enthusiasm and impressed the attendees with their spectacular performance. Along with players and team, golf expert Mr. Surjit Mandal along with other experts were also present there.
The Gurukul team of Panchkula was the winner of the tournament. Whereas, the team of Delhi World Public School, Zirakpur, which gave a tough to the Gurukul team, was the first runner-up. ATS and Strawberry School teams were the second runners up. After the competition, the winners were awarded for their striking performance and were also encouraged to play in the golf competitions in future as well.
Mr. Raman Singla, Business Head and Vice President of SBP Group said that there is a lot of craze for golf in the city and through this competition SBP Group has given a platform to these players in which they can play golf and showcase their talent.
He further said that to motivate the players to stay fit, and we are taking forward the message of Fit India by the government. We will continue to organize golf competition in future also.