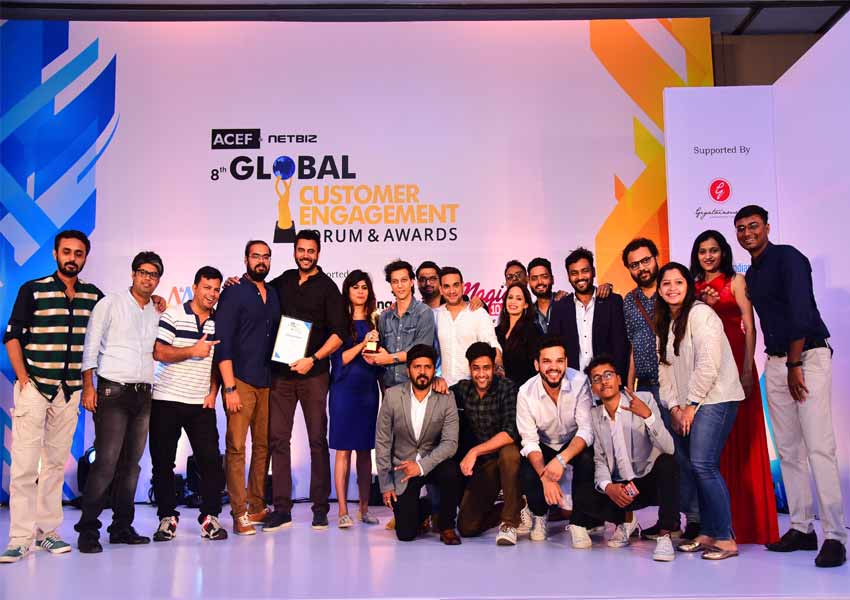 12 june, 2019 ( PR Submission Site ) – 93.5 RED FM, one of the largest and most awarded private radio networks in India has been applauded yet again with a grand total of 46 awards at the ACEF and Golden Mikes Awards which were held in Mumbai. RED FM was also recognized as the ‘STATION OF THE YEAR’ after winning the maximum number of awards at ACEF.

Speaking on the wins RED FM COO Nisha Narayanan said, “The time and energy that we have spent on our campaigns reflects in the awards that we have received. The entire RED FM team is thrilled to have received these prestigious awards by ACEF and Golden Mikes Awards. It is truly an honour to have bagged the ‘Station of the Year’ award and we hope to keep up the momentum to be the leader brand in the industry in the coming years too.”

In ACEF Awards, RED FM won 8 Gold awards in categories – ‘Successful Use of Technology’ for ‘ASK RASHMI-WORLD’S 1ST ROBOT RJ-RASHMI’, ‘Effectiveness’ for ‘Ummedon Ka Repair’, ‘RJ Of The Year’ with RJ Praveen, ‘Best Use of Celebrity endorsement’ for ‘Light Dada’ to name a few. RED FM also won 7 Silver awards in ‘Promotions’ for ‘Kolkata Ki Hawa Tight’, ‘RJ of the year (Jodi)’ with ‘RJ Mandee & Kabir’, ‘Best Use of Social Message’ for ‘Customer Engagement’ for ‘Batti gul pan hyancha meter chalu’, ‘Effectiveness’ for ‘NO TOBACCO DAY’ and more. In addition, RED FM won 6 Bronze awards in ‘RJ JODI OF THE YEAR’ with ‘RJ Ashish and RJ Kisna’, ‘Best Use of Social Message for Customer Engagement’ for ‘Equality for all’, ‘Innovation’ in ‘Bihar Ke Laal, against Brain-drain of Bihar’ and more.

Music Broadcast announced that Radio City has bagged the 'Radio Station of the Year' award at the Golden Mikes Awards 2019. Radio City Mumbai's popular breakfast show 'Kasa Kai Mumbai' hosts RJ Salil and RJ Archana won the 'RJ Jodi of the Year' Award, whereas for the second time consecutively, RJ Rashi was announced as 'Radio Jockey of the Year (Non-metro) at the ACEF Awards 2019.