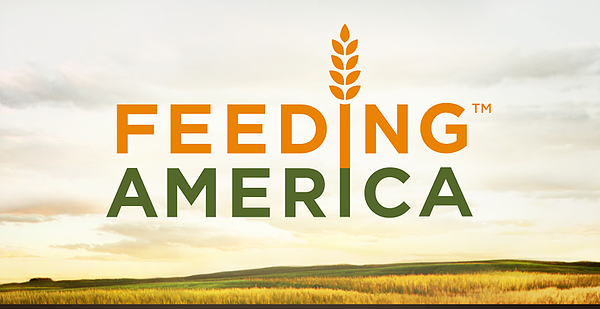 CHICAGO, May 2, 2018/ PRSubmissionSite/- The national anti-hunger nonprofit, Feeding America, announced new data, today, that shows 97 percent of counties include families facing hunger who are likely ineligible for federal nutrition assistance and, as such, must rely on charitable food banks to help put meals on their tables. This finding is according to the eighth annual Map the Meal Gap 2018, the latest research report published by Feeding America®. Map the Meal Gap is the only study that provides local-level estimates of food insecurity across the United States, including every county and congressional district.

The analysis finds that in more than 100 counties across the country, the majority of the people facing hunger are unable to qualify for federal nutrition programs. In Borden County, Texas, for example, a staggering 80 percent of people struggling with hunger may not qualify for federal food assistance. Additionally, over the last five years, the percentage of food-insecure people who are ineligible for federal nutrition programs has increased in some communities.

“While the Feeding America nationwide network of food banks delivers more than four billion meals annually to people facing hunger, the Supplemental Nutrition Assistance Program (SNAP) serves 12 meals for every one meal we provide,” said Matt Knott, president of Feeding America. “As Congress debates the 2018 Farm Bill, SNAP must be protected and strengthened so that people facing hunger and working to re-establish independent lives have the essential food resources they need.”

While many families and individuals the Feeding America network serves qualify for SNAP, there remains a gap between people over the federal poverty line, who do not qualify for federal food assistance based on their meager earnings, and families with enough income to meet their food needs. People who fall in-between these two categories remain heavily dependent on food banks. Should Congress tighten requirements on SNAP, it would put an immense strain on the Feeding America network and the services the organization is able to provide.

The Map the Meal Gap 2018 findings underscore the depth of need that remains in communities across the U.S., despite national measures from the United States Department of Agriculture (USDA) that indicate overall improvement. Food insecurity is a measure defined by the USDA as lack of access, at times, to enough food for an active, healthy life for all household members.

Other key findings of Map the Meal Gap 2018 include:

“Feeding America is particularly concerned about the ongoing challenges facing rural and southern communities since the Great Recession. While we are relieved that food-insecurity rates have slightly declined in recent years, the total number of people facing hunger is still higher than it was before 2008,” Knott said.

Map the Meal Gap 2018 uses data from USDA, the Census Bureau, Bureau of Labor Statistics and food price data and analysis provided by Nielsen, a global measurement and data analytics company. The study is supported by The Howard G. Buffett Foundation, Conagra Brands Foundation and Nielsen.

“One cannot tackle big challenges like hunger without first identifying and quantifying them,” said Howard G. Buffett, Chairman and CEO of The Howard G. Buffett Foundation and Founding Sponsor of the Map the Meal Gap study. “Map the Meal Gap serves as a powerful tool to advocate for hunger relief and educate Americans about the reality of hunger in our country. We believe that clearly defining the face of hunger in the United States is an essential first step toward a more food-secure future.”

In addition to food-insecurity estimates, Map the Meal Gap 2018 reports on food price variation across counties. Using data from the Census Bureau’s Current Population Survey (CPS), the study finds that, on average, food-secure individuals report spending $3.00 per person, per meal. This is a slight increase from the national average of $2.94 as reported in Map the Meal Gap 2017.

Using data from Nielsen, Map the Meal Gap 2018 estimates that county meal costs range from less than 70 percent to more than 200 percent of the national average. This means that people in places like Willacy County, Texas, where the cost per meal is $2.04, are able to purchase more than twice the amount of food as someone in New York County, where the average meal cost is $5.70.

“Nielsen understands the value of data to drive change and we continue to commit pro bono resources to Feeding America through Map the Meal Gap and skills-based volunteering driven by our employees around the world,” said Crystal Barnes, SVP of Global Responsibility & Sustainability, Nielsen. “We’re proud to support Feeding America and their vision of a hunger-free America through our work on Map the Meal Gap.”

“Conagra Brands Foundation is committed to raising awareness of food insecurity, an issue that exists in communities across the country. We strongly believe the work of Feeding America with Map the Meal Gap will drive vital conversations about the prevalence of hunger in America and foster solutions that can directly impact the lives of millions of children, teenagers, adults and senior citizens,” said Robert J. Rizzo, Senior Director, Community Investment, Conagra Brands and Conagra Brands Foundation.

Dr. Craig Gundersen, Professor of Agricultural and Consumer Economics at the University of Illinois, Executive Director of the National Soybean Research Laboratory and a member of Feeding America’s Technical Advisory Group is the lead researcher of Map the Meal Gap 2018.

Map the Meal Gap 2018 provides the following data online through an interactive map:

A summary of the findings, an interactive map of the United States, and the full report are available at map.feedingamerica.org.

Join the conversation about Map the Meal Gap 2018 on Twitter using #MealGap.


Feeding America® is the largest hunger-relief organization in the United States. Through a network of 200 food banks and 60,000 food pantries and meal programs, we provide meals to more than 46 million people each year. Feeding America also supports programs that prevent food waste and improve food security among the people we serve; educates the public about the problem of hunger; and advocates for legislation that protects people from going hungry. Visit www.feedingamerica.org, find us on Facebook or follow us on Twitter.